News > Property Management > Healthy Homes standards: to back or to scrap?

Healthy Homes standards: to back or to scrap?

Landlords are divided over Barfoot & Thompson’s recent call to the National Party to hold fire on their plans to overturn the Healthy Homes standards if elected. 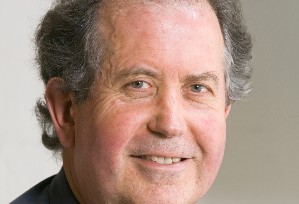 Barfoot & Thompson has co-signed a letter with the Asthma and Respiratory Foundation, the Hutt Valley District Health Board, Community Housing Aotearoa, NZ Green Building Council, and university researchers, which urges National Party leader Judith Collins to back the standards.

The move came after widespread reports that, if elected, the National Party wants to roll back the Government’s new Healthy Homes standards and tenancy law reforms.

In the letter, Barfoot & Thompson and the other signatories say that backing the standards would ensure more New Zealanders live in warm, dry, healthier homes.

“Scrapping, rather than backing, the healthy homes standards would mean, in future years, more children suffering from respiratory diseases, higher household bills for many New Zealanders, and higher emissions of climate change pollution,” they say.

“Improving unhealthy New Zealand homes would save the economy millions every year. Scrapping the healthy homes standards would leave Kiwi taxpayers to otherwise pick up this multi-million-dollar bill.”

For that reason, backing the standards would be good news for the economy, for taxpayers, and for New Zealand's international obligations, they say.

But the letter has not gone down well with some landlords, with Stop the War on Tenancies spokesperson Mike Butler describing it as naïve.

Butler says the letter-writers should provide evidence that shows implementing the standards in rental properties will keep the 700,000 New Zealanders with respiratory disease out of hospital.

He points out that people with respiratory disease live in owner-occupied homes as well as rental properties and there are 1.1 million of those that are not required to meet the standards.

Butler believes the standards will have little real impact and will simply increase the costs involved with rental property.

“Barfoot’s support for the costly and unnecessary compliance standards is actually deepening a problem for both owners and their tenants who end up having to foot the bill.”

“We want our rental properties to be warm, dry and performing well. We want our tenants to be living in good conditions. As such we support most of the requirements in the standards.

“But we don’t agree that there are noticeable benefits in topping up the insulation to current standards in rental properties that are already insulated and having heat pumps in every single rental property.”

He says the issues the standards are trying to address are more complex than the standards assume, with tenant income being a factor – which is why the NZPIF has always backed the idea of the Winter energy payment.

King adds that the National Party’s stance on his particular issue seems to have been misinterpreted by many.

This does appear to be the case. National Party housing spokesperson Jacqui Dean says that, if elected, they won’t be repealing all of the recent changes made to rental standards.

“The ones relating to insulation will be kept and we don’t see a need to make any other immediate changes in this area.

“But we will remove those regulations that cause an unnecessary burden and drive up the cost of rents, such as the regulations prescribing heating output on qualifying heaters that require advanced mathematics to interpret.”

She says National wants tenants to live in warm, dry homes but putting too much regulation, too quickly on landlords without any incentives only leaves fewer people willing to be landlords.

“All that will happen is rentals become even more expensive, or landlords will sell up and there will be fewer places to rent.”

Southland is tops for investors

Some landlords just want to remove the 'Landlords will not be able to end a periodic tenancy without cause' and allow fixed term agreements to continue. Roll with the punches with all the other stuff - even if the bathroom's extractor fan for example is silly when you have a shower dome.

I don't want to be considered as being aligned to those 'penny-pinching' landlords that ran from the cameras when their tenants were interviewed. They are not in our business sector. We are a responsible tenant-friendly landlord. I discussed with the previous PM initiatives that could reduce the Health budget. I'm not fazed that he and the current PM support improving living conditions. NZPIF, responsible landlords need an advocate embracing any laws and regulations that contribute to this as they increase our capital wealth also. 'Healthy Homes' latest requirement for fixed heating has cost less than a months rent for a heat pump. Not a single days vacancy with yearly leases rolled over with rent reviews to market and agreements reached with new tenants during the last month of a tenancy for the last five yearsis how we get a return on investment in our greatest asset, the tenant. Eric Short

It really isn't rocket science. Our homes are damp and cold as a result. It is NOT the cold making people sick. If cold made people sick Eskimos would be extinct. It is mold making people sick. Mold comes from damp conditions. The way to reduce mold is airing out the property. We should have started with ventilation not insulation. Mold needs two conditions to thrive damp and heat. Well we just added the heat to already damp conditions. Labour is not interested in improving living conditions for New Zealanders. That is just all bull and political propaganda. Their real reason for the Healthy Homes standards is as Green's Marama Davidson put it “will incentivise property owners to move out of owning property for rental purposes". If it was truly to help the people of NZ live better quality lives we would have started with ventilation. Yes rangehoods and bathroom extraction helps but homes in NZ need to be built with ventilation systems to help keep them dry. We all know a dry home is hotter and easier to heat. So lets get rid of the stupid parts of the standards and keep and add ones that actually work.

As an elderly (very small) landlady who will be voting Labour, I don't have too many problems with the Healthy Homes requirements, just with the failure to recognise the financial strain required to comply. Commonsense says that making insulation, heat pumps etc 100% tax deductible in the year they are bought because they are a new requirement, would be a big help. I've done everything needed and am very happy with the result but cannot afford to do it to my own home so, at 82, during the current weatherbomb, my tenants are nice and toasty and I'm in bed with the electric blanket on.