Think beyond the bank.

What the Reserve Bank's latest move means for housing

The Reserve Bank’s programme to lend directly to retail banks could be ready soon. If it is, that’s likely to mean lower interest rates on loans – and more support for the housing market. 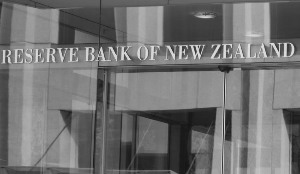 In the Reserve Bank’s latest Monetary Policy Review yesterday, it noted its Funding for Lending Programme (FLP) "would be ready before the end of this calendar year".

This programme is designed to boost the economy and make it cheaper for banks to borrow, in turn pushing down interest rates for retail borrowers.

The FLP could arrive before negative rates, as the central bank stuck to guidance the OCR would remain on hold (at 0.25%) until March.

Economists were broadly supportive of the Reserve Bank’s move on the FLP, but a number of them found the bank’s take on the housing market of particular interest.

In the MPS, the bank noted rising house prices, saying the property market had risen "in contrast to the Reserve Bank’s baseline scenario which had assumed a decline".

The bank said the rise could be a positive for the economy, which "has historically been closely correlated with changes in household wealth, and that a stronger housing market may indicate a stronger recovery in consumer spending and residential construction if sustained".

For BNZ head of research Stephen Toplis, this suggests the Reserve Bank’s views on house prices have changed from the August MPS when it forecast an 8.9% drop in house prices.

He says it now seems that even the more pessimistic members of the Monetary Policy Committee see that, at worst, further house price increases might be “constrained”.

“This is important because, all other things being equal, in the Reserve Bank’s models, stronger house prices tend to flow into stronger household spending and residential construction.”

But Westpac chief economist Dominick Stephens thinks the Reserve Bank was too pessimistic on the economy and the housing market.

“There was very little acknowledgement that the economy has exceeded expectations, and at least some members of the Monetary Policy Committee doubted the durability of the housing market upturn,” he says.

“The outlook is highly uncertain, but we think that the risks are to the upside of the Reserve Bank’s dour economic expectation, particularly on house prices.”

Despite that, Stephens says they agree with the Reserve Bank’s assessment that “further monetary stimulus may be needed”. “In fact, we would go further – massive monetary stimulus is required to prevent inflation from lingering too low. “

Reserve Bank monetary stimulus action, such as the FLP, is likely to continue to impact on the housing market though.

“We had been surprised by the fervour of the housing market straight out of lockdown. Moreover, Auckland’s level three lockdown caused little disruption in August.”

Sales activity across New Zealand are at levels last seen five years ago, and house price growth has accelerated, he says.

“Record low mortgage rates and the removal of LVR restrictions explain much of the renewed activity. But the ongoing shortage of housing is playing a role too.”

Despite this, Kiwibank’s economists still expect the housing market to cool heading into next year.

The support delivered by the wage subsidy is fading, and the unemployment rate is rising, while net migration – a major source of demand – has also slowed to a trickle, Kerr says.

“We are still forecasting a moderate fall in house prices at the beginning of next year. But there is certainly significant upside to this view.”